JP Calvo Is The New Starting Point Guard For Dyip?

Columbian Dyip‘s rookie guard JP Calvo is being groomed to be the team’s starting point guard? 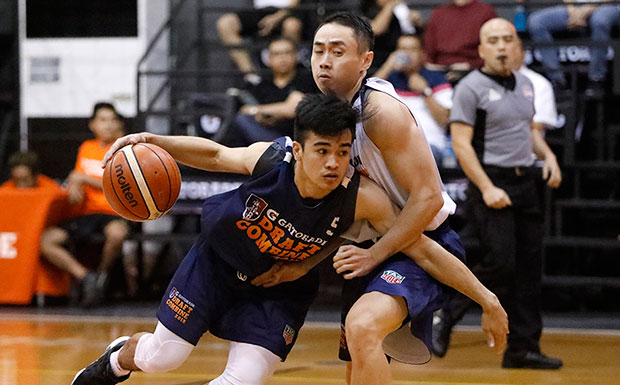 Well, that’s according to Columbian head coach Johnedel Cardel. Though he didn’t mentioned the starting role but the tone of it seems that’s how it’s going to be.

“Calvo kasi is a pure point guard,” Cardel said. “He is a natural point guard. I give my confidence to him. Sabi ko sa kanya, this is the problem of the team before. I don’t have a pure point guard. You are the one na makakapagdala dito. Even though you are small, you have a big heart. Okay sa akin ‘yun.”

Calvo is the 11th pick of the 2018 PBA Rookie Draft. After his stellar performance during the 2018 Gatorade PBA Draft Combine where he was named as the MVP, many teams got interested with his service.

After Columbian finds him still available late in the first round, without hesitation they picked the guard hailed from Silay City, Negros Occidental.

Currently, the team is being anchored by Dyip’s dynamic duo of Rashawn McCarthy and Jerramy King. Both players appears to be a score-first type of guards and having them play together seems to be not that fruitful for the squad.

The 5-foot-7 former Letran Knights player could be their missing link and his arrival with the team will bring them more victories this upcoming 44th PBA season.