June Mar Fajardo Was On His “Kraken” Mode, Lifts SMB Over KaTropa

Right after the tip-off, Fajardo scored the first seven points for the Beermen as they made a 7-2 opening quarter shock.

TNT struggled in that period as they almost failed to reach double-figure. Thanks to RR Pogoy’s free-throws at least they were 10 points at the end of first quarter.

Then on the next frame SMB continued their domination as the lead started to balloon.

This time around, not only that the Beermen were sharp in their offense but they’re also unforgiving in the defensive end.

Troy Rosario and Jayson Castro who are the TNT saviors in Game 2 were all shutdown in the decisive match. Both players were limited to only 10 points and each time they attempt to make a shot, the Beermen players were always present to contest it.

Fajardo on the other hand seems like there was no defense on existence as he was perfect on the floor with 11-of-11 from the field. His total output was 32 points and 14 rebounds.

His motivation is that his team don’t want an early vacation as their eyes focused on the fifth straight All-Filipino trophy.

Christian Standhardinger who formed SMB’s twin towers was also unstoppable in the post as he shoots 8-of-9 from the field. Standhardinger finished the game with 17 markers.

The Beermen have now secured a seat to the semi-final round and they’ll be facing the 2019 PBA Philippine Cup number one team, the Phoenix Pulse Fuel Masters. 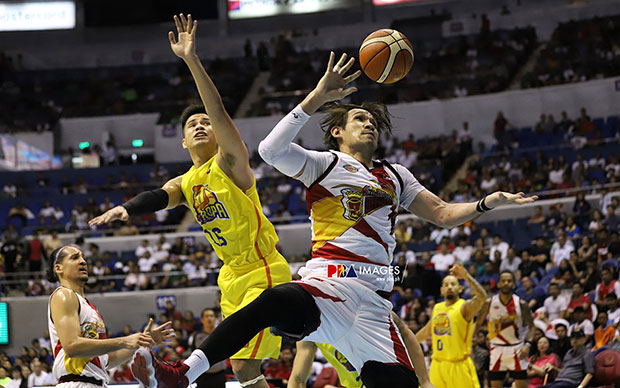