It took NorthPort more two months to taste once again the flavor of PBA victory. The last time they won a game was in Janauary 20 against the NLEX Road Warriors.

Flores is noticeably one of the rarely used player in Batang Pier bench was inserted in their first five lineup against the KaTropa.

In their previous game against the Magnolia Hotshots Pambansang Manok, coach Pido Jarencio didn’t put him in the game but last night he was spectacular.

Flores seems like returned the favor to his coach for giving him much longer playing time.

Flores contributed 11 points and three rebounds in their victory.

Batang Pier led had a 22 point lead at the start of the third quarter when TNT started their surge to make a comeback.

The KaTropa cut the deficit to only 11 point after they staged an 11-0 run but this time around NorthPort didn’t panicked as they wither the storm.

Batang Pier’s head coach is pleased with how his squad handled the situation.

With the victory, NorthPort’s playoff bid still very much alive while the top two finish of TNT KaTropa has just faded as well as Barangay Ginebra San Miguel. 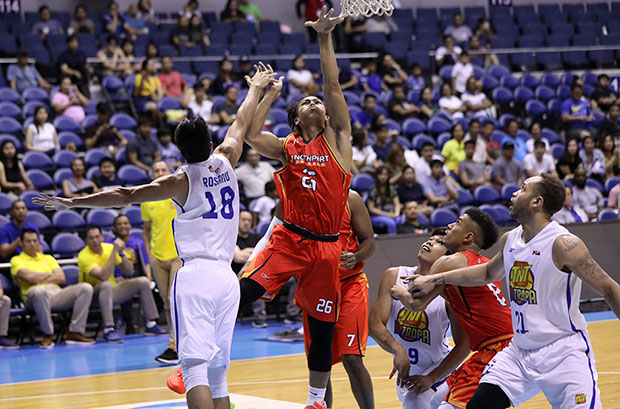