Here is the list of PBA games scheduled for April 3, 2019 (Wednesday). 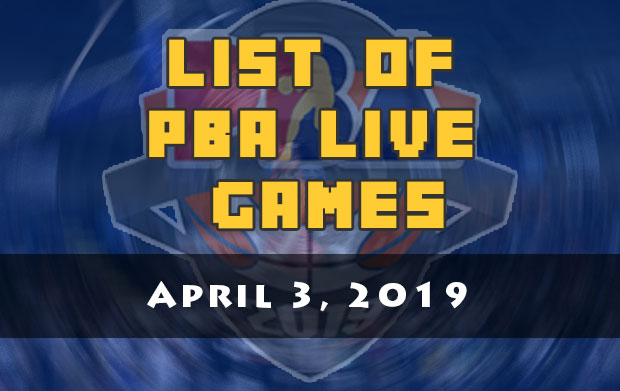 The first game is scheduled at 4:30 PM and it’ll be the Magnolia Hotshots Pambansang Manok and the NLEX Road Warriors

The Hotshots are looking to make a rematch with the team known as the “Never-Say-Die” in the quarterfinals and avenge their earlier “Manila Clasico” defeat.

However, before they can do that they need to take care their opponent this afternoon as it can possibly change their current playoff position.

The Road Warriors on the other hand, winning their 4:30 PM is also crucial. A defeat could possibly remove them from the post-elims picture.

Meet & Greet your favorite Batang Pier and Ginebra players at the half of the 1st game, too!

The second game is between the Barangay Ginebra San Miguel and the NorthPort Batang Pier at 7:00 PM.

Batang Pier seems like they found their lost mojo and once again they’re on a roll.

After putting their squad on the cliff of getting eliminated, NorthPort has bounced back and they’re now sitting pretty as they got qualified in the playoffs.

Yet, at 4-6 record, they need to secure a victory this evening against the hottest team in the league, the Gin Kings along with their four-game winning streak.