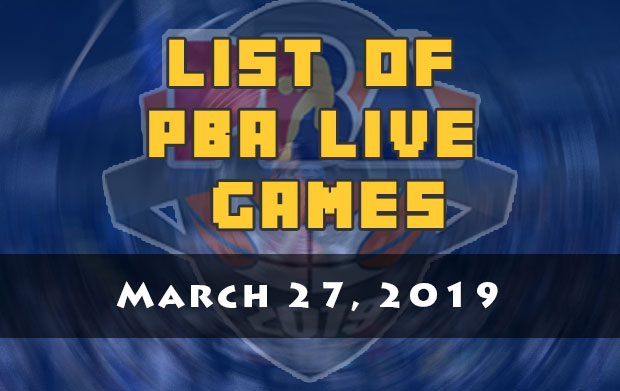 The first game is scheduled at 4:30 PM and it’ll be the Alaska Aces and the NorthPort Batang Pier.

Both teams are fighting to gain a ticket for the upcoming 2019 PBA Philippine Cup playoffs.

The Aces failed to strenghten their post-elims chances as they absorbed a defeat against the defending champs, the San Miguel Beermen last Sunday.

In contrast, the Batang Pier is fresh from a victory against the TNT KaTropa and looking for more as they make their final push this conference.

The second game is between the Barangay Ginebra San Miguel and the Meralco Bolts at 7:00 PM.

The Bolts is currently outside the top-eight squads but not far from the boundary.

The last two spots are currently shared by a couple of teams having a 4-6 slate and Meralco got its own 3-6.

For the Gin Kings, they’ll try to solidify their third spot and will be waiting for the sixth place when the elimination round ends.