The Magnolia Hotshots Pambansang Manok is the new champion of the Governors’ Cup after beating the Alaska Aces in Game 6, 102-86.

The Hotshots able to break their four-year title drought. Their last taste of winning a championship game was back in their Grand Slam year in 2014.

It is also the first title won by head coach Chito Victolero who got his first PBA coaching role with Kia and later moved to Purefoods/Magnolia in 2016.

Likewise another notable names who made its first championship victory with Magnolia are Paul Lee and Romeo Travis.

Lee was traded to the Hotshots prior to the start of the 2016-17 PBA Philippine Cup for James Yap who was then the main-man of San Mig Coffee in their last title run in 2014 PBA Governors’ Cup.

Romeo Travis on the other hand, returned to the Philippines this third conference with only one objective and that’s to redeem himself after him and his previous team Alaska got swept by the San Miguel Beermen in the 2015 PBA Governors’ Cup.

The Alaska attempted to make a comeback several times but the closest they get was to lower the lead to just seven.

Each time the Aces orchestrates a run, the Hotshots always had an answer to stop them and protect their lead until the last buzzer was heard.

Magnolia now has a total of 14 championship trophies won and that ties them with their Governors’ Cup rival, the Alaska Aces. 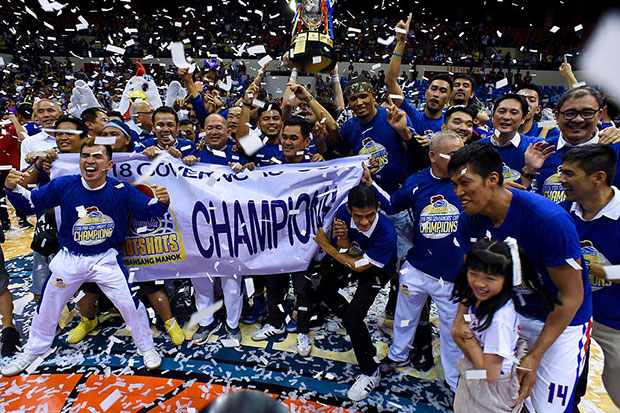