Below is the Magnolia Hotshots Pambansang Manok roster, those are the players who will suit up for the 2019 PBA Philippine Cup. 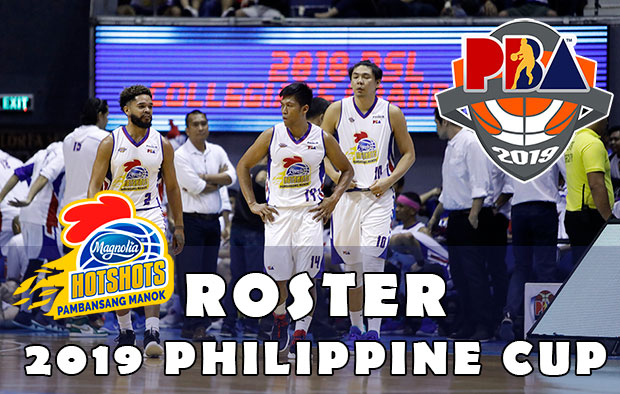 The 43rd PBA season is without a doubt the year of the the Hotshots.

They have started their good showing in the 2017-18 PBA Philippine Cup where they finished a runner-up behind their sister-team the San Miguel Beermen.

If only Marc Pingris avoided the ACL injury that sidelined him for the rest of the season, the Hotshots had a good shot in the championship round.

Fast forward to the 2018 PBA Governors’ Cup, with Paul Lee healthy and Mark Barroca continue to do his thing, Magnolia were able to end their title drought since their grand slam year.

With Pingris in the injured list, Ian Sangalang were given more exposure inside the court and he is one of the PBA players who elevated their game.

Not only Sangalang but guys like Rodney Brondial and now second year man Robbie Herndon got improved as well.

During the Alvin Patrimonio era, the All-Filipino conference was dominated by Purefoods then later by the Coney Island. Will Magnolia finally take back that glory from their long time rival the SMB?