The Magnolia Hotshots Pambansang Manok is now enjoying a commanding 2-0 advantage in their semi-finals series against the Barangay Ginebra San Miguel, 101-97.

As frustration grew, coach Cone was called a technical foul enough for him to be thrown out in the game. The Gin Kings responded and got its motivation from their ejected head coach.

They rallied back and was able to get back within striking distance, 97-99 after LA Tenorio converted a three-pointer. However, that was the last made shot of Ginebra.

Magnolia forward Rome dela Rosa was stellar in defending Ginebra’s import Justin Brownlee especially in the crucial moments of the game. Ian Sangalang is much more improved compared to their elimination meeting and in Game 1.

Both Dela Rosa and Sangalang were named as the Bida Players of the Game.

Game 3 is scheduled on November 14 (Wednesday), if Magnolia wins then they will head to the Finals. 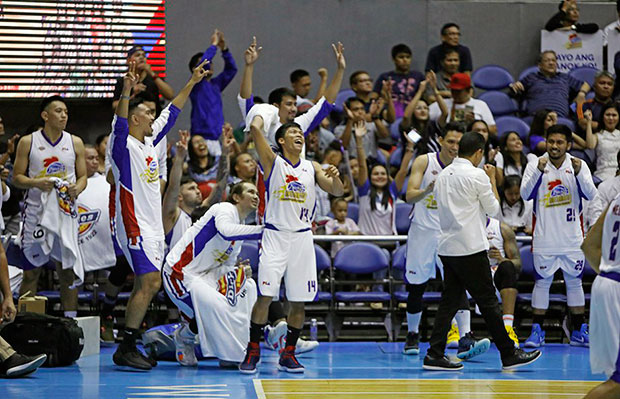