The Magnolia Hotshots Pambansang Manok is scheduled for a head-to-head game against the Blackwater Elite at 4:30 P.M. on November 6, 2018 live from the Smart Araneta Coliseum.

The quarterfinals round is finally here and for its curtain raiser game, the Hotshots, a team that carries a twice-to-beat advantage will take on the Elite.

Without a doubt, this conference could be the best in the franchise history of Blackwater.

Unlike in the previous conferences, they’re either got eliminated or in the last place of the Top 8 squads in the playoffs.

With the leadership of Henry Walker, they almost earn the win-once incentive but only to bow down versus the Phoenix Petroleum Fuel Masters last Sunday.

Likewise, one of their tough blows this 2018 PBA Governors’ Cup was playing against the Magnolia Hotshots which happen to be their opponent in their quarterfinals opener.

They got beaten with a losing margin of 34 points, 99-133. Romeo Travis led the pack of the Hotshots with his almost triple-double performance.

Travis made 22 points, 12 rebounds and seven assists in their October 10 showdown.

However, both coaches agreed that all of that story is now in the history books and it will be a renewed battle for them. 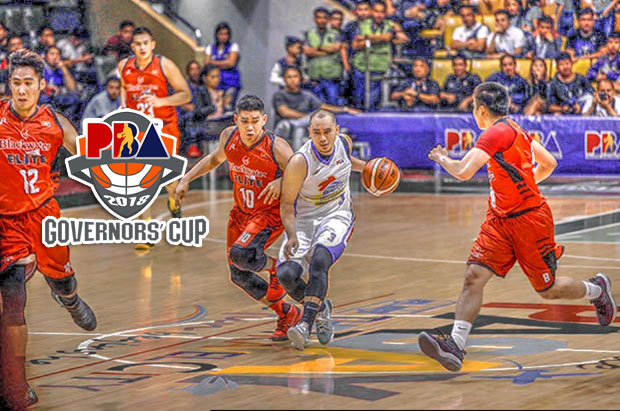 “What we need to focus on is tomorrow’s game dahil there’s nothing more dangerous than a desperate team.”