Maine Mendoza Has This Old Tweet About Arjo Atayde

Maine Menoza made a tweet six years ago about her rumored lover, Arjo Atayde. 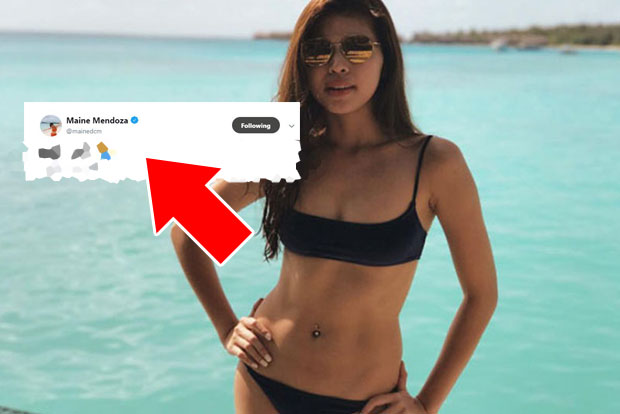 Netizens were able to unearth this tweet posted by “Yayadub” back in 2013.

During those years, Maine was still 18-years-old and not yet discovered by Eat Bulaga.

In 2015, via an app called Dubsmash she shook the social media where she posted her compilation video clips in facebook impersonating Kris Aquino.

She was later labelled as the “Queen of Dubsmash”.

Arjo Atayde on the other hand, was starting to make his name in Philippines showbiz back in 2013. He got his big break in ABS-CBN’s soap opera “Dugong Buhay”.