Barangay Ginebra guard Mark “the Spark” Caguioa got a fresh one year offer from his mother ball-club. 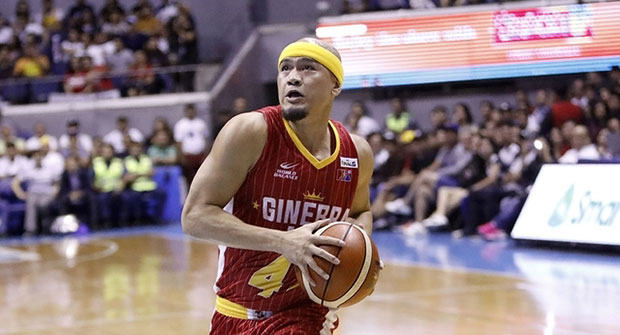 This only means that we have another full PBA season to see Caguioa shooting hoops and doing his best and that’s to spark team Ginebra if the other guys goes cold shooting.

Currently, the 39-year-old native of San Juan City is still outside the Philippines for the last year’s Christmas and New Year holiday.

Once he’s back in the country, only then we will know if either he will join his buddy Jayjay Helterbrand on the retired Ginebra players list or he will continue to team-up with with guys like Scottie Thompson, Japeth Aguilar and LA Tenorio to play ball and attempt to grab the 2019 Philippine Cup title.

Last season he averaged 3.6 points per game but one of his highlights in the 43rd PBA season was when he reached another career milestone and that’s the 10,000 career points.

Caguioa’s best year in the PBA while wearing the Ginebra jersey was back in 2012 where he won the Most Valuable Player award.

He is also one of the team’s catalysts in their championship runs where he helped his squad win seven titles.

He was the third overall pick of the 2001 PBA draft and on the same year he also won the Rookie of the Year trophy.