Mickey Mouse In Manila As Part Of His Birthday Celebration

Mickey Mouse is in the Philippines to celebrate his 90th birthday. 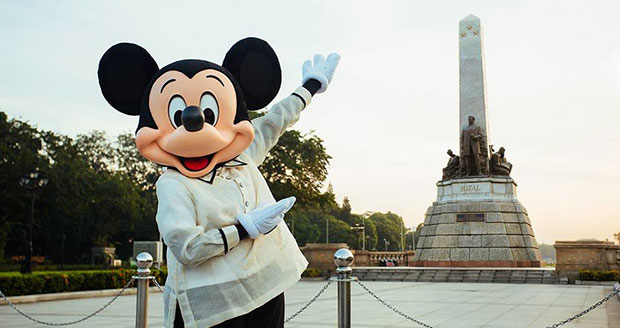 Wearing a barong tagalog, the famous rodent from the Walt Disney Co is seen touring around Metro Manila.

That moment was captured and shared by CNN through their social media account.

Later, Mickey Mouse featured in the 1942 animated film “Fantasia” which led to the formation of the “Mickey Mouse Club” in the 1950s.

Walt Disney Co is now the leader when it comes to producing movies like Star Wars, Avengers and other Marvel movies as they owned the rights to it.

Also, it was earlier reported that also took over the rights to make X-Men movies which was previously owned by 20th Century Fox.