The Mighty Sports Philippines made it three in a row and this time against a much tougher team, the Homenetmen Lebanon, 96-89.

***
Watch the game LIVE below, and the DELAYED telecast at 11 PM on 5 Plus. ‪#MightySportsPHon5 #GearUpForGreatness‬

Playing the first two games of team Philippines seems considered by many basketball fans were just like scrimmages but against the team sent by Lebanon, Mighty Sports squad was put into a microscope.

In the first half, only four players who wears Philippines jersey made their scoring contribution but despite of that, they were able to pile 16-point lead.

Jeremiah Gray led that scoring barrage as he hits from anywhere.

Then on the second half, Roosevelt Adams and Jason Brickman joined the scoring party of Gray, Justin Brownlee, Randolph Morris and Juan Gomez de Liaño.

Yet, the Lebanese squad don’t want to leave the game without a fight as they trimmed the lead to only three-points with less than a minute to go in the fourth quarter, 92-89.

Homenetmen’s Walter Muñoz had a chance to tie the game with his three-pointer at the 31.7 seconds mark but his shot didn’t find the bottom of the net.

Mighty Sports spoiled the 42-points performance of Muñoz who is a look-a-like and have a similar style-of-play of former San Antonio Spurs Patty Mills.

Justin Brownlee leads the national team to victory with his 19 points, 13 rebounds, 7 assists and two steals. Each time he goes to the free-throw line the chants of Ginebra can be heard echoing the gymnasium.

Jeremiah Gray and Randolph Morris led the Philippine team in scoring with their 24 points output.

The next game for Mighty Sports will be against the Al Wanda Syria on February 6, 2019 (PHI time). 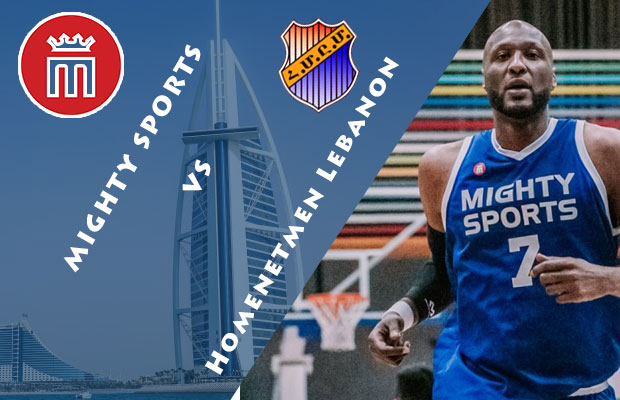