The Mighty Sports Philippines is scheduled for a quarterfinals head-to-head game against the Oil Sports Iraq at 1:00 A.M. (PHI time) on February 8, 2019 live from the Shabab Al Ahli Club, Dubai, UAE.

After sweeping the elimination round of the Dubai International Basketball Tournament team Philippines will about to enter a new challenge and that’s the league’s playoff round.

Mighty Sports will be facing the Oil Sports Iraq in the quarterfinals round.

Though they’re the number one seed in Group A and they’ll be meeting the number four team of Group B, Mighty should not be complacent as the first round of the playoffs is a knockout game.

During their game against the Al Wahda Syria, coach Charles Tiu and his wards was given a treat of what really the Middle East basketball style of play.

Two of his players went down in that game and saw limping as they pull their respective bodies from the floor.

Roosevelt Adams who is compared with SMB’s Marcio Lassiter was pulled out in the second quarter after absorbing a mild injury.

Then in the final quarter when Mighty Sports is making a run, Justin Brownlee also knocked down as he made a block against their opponent’s lay-up attempt.

Brownlee was on the floor for several minutes and the medics available in gymnasium already have their stretcher but the Ginebra import was able to stand-up by himself.

Coach Charles Tiu immediately pulled him out from the game to avoid aggravating his injury. 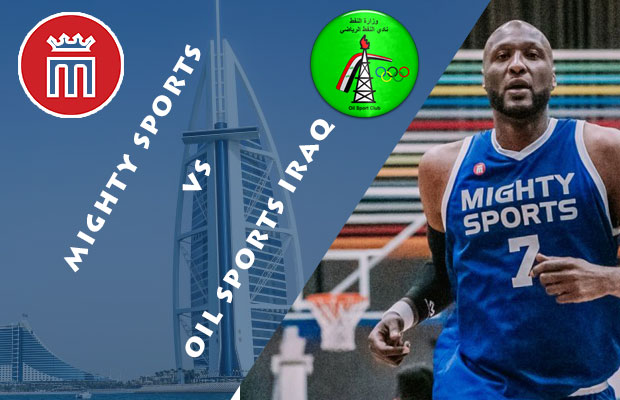 Adams is reported that he’s OK and will be ready for their playoffs push which will start in the early morning of February 8 at 1:00 AM. However, Brownlee will be a game day decision according to coach Tiu.