The Mighty Sports Philippines is still perfect after two outings though those games were hard-fought. Tonight they’ll be battling another tough middle east squad, the team Tunisia.

Mighty head coach Charles Tiu has used its two days break to correct their mistakes, particularly on the defensive end.

The Philippine squad barely had one day to prepare as a unit prior to their back-to-back games against the host country, the team UAE and Fadi El-Khatib then followed by team Syria.

“We welcomed the two-day off for it gave us ample time to correct the mistakes we did in our past two games,” said Tiu. “After running some plays during the break, hopefully, we can play much better against the Tunisian club.”

Former Gilas Pilipinas naturalized player Andray Blatche remains consistent in terms of scoring on the first two outings. He continues to prove that he is the number one option of the Filipino squad in their offense.

Apart from Blatche, the team’s young guns are proving their worth why they’re listed in the Alex Wongchuking owned squad.

Isaac Go, Dave Ildefonso, and Jamie Malonzo had a combined 16 points as they’ve shown no fear versus the much taller and older Syrian team.

Apart from those guys, fans of Mighty are waiting for the breakout game of the back-to-back UAAP Finals MVP, Thirdy Ravena.

So far, Ravena only made four points in their two games.

“He will have his time to shine, there’s no doubt about that,” added Wongchuking. 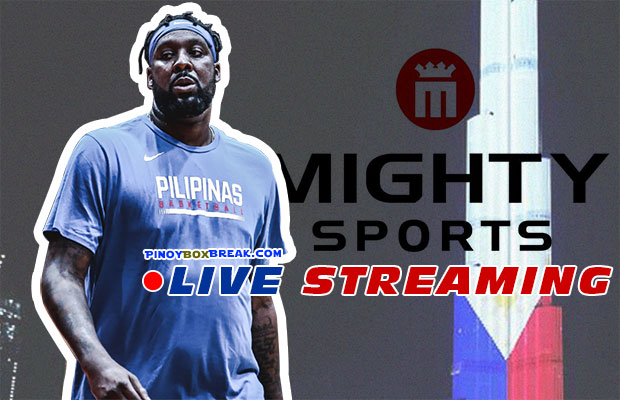