Below is the Mighty Sports roster who will suit up for the 2019 Dubai International Basketball Tournament. 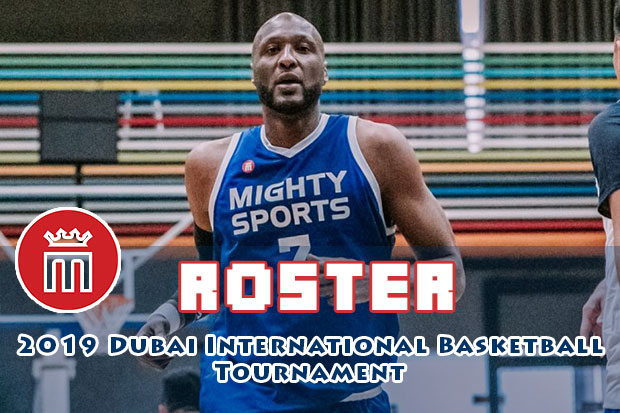 Mighty Sports will return to Dubai and will try to make a much better result this time around.

The national team first joined the UAE based basketball league back in 2017. They featured the 2019 second overall pick (picked before Stephen Curry and James Harden) Hasheem Thabeet along with naturalized player Marcus Douthit and Barangay Ginebra’s Justin Brownlee.

Despite of that firepower, the Philippine squad only managed to log one victory in their four outings.

This year, the team coached by Charles Tiu tapped the services of two-time NBA Champion, Lamar Odom to boost the squad’s chances of winning the trophy.

Likewise, they have added one of ABL’s best point guard Jason Brickman to their lineup plus the several big names for the collegiate ranks.

The 2019 Dubai International Basketball Tournament will kick-off this coming February 1, 2019 and you can also watch Mighty Sports live stream here.