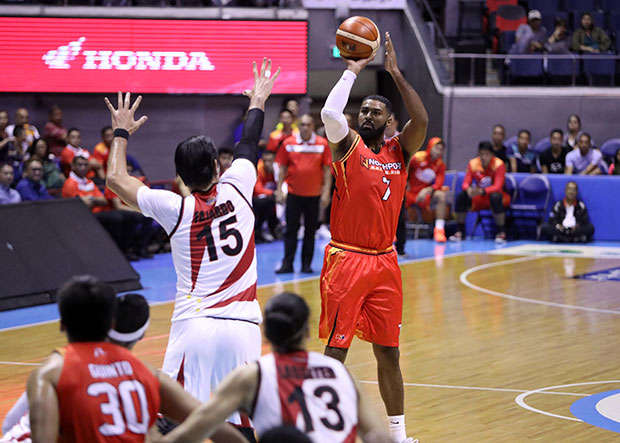 The Fil-Tongan scored 28 points and along with his 13 rebounds but yet his great performance wasn’t translated to a victory.

His team is currently in a five-game slide after an impressive back-to-back victories at the start of the All-Filipino conference.

NorthPort’s inability to finish the game has cost them three-consecutive loses.

“We are having trouble in that fourth quarter,” Tautuaa said. “You could see in a hundred percent of our losses that we kinda lose our momentum in the fourth.”

Tautuaa played through fatigue which may started in their double-overtime match against the Meralco Bolts. The entire Batang Pier only got a one day rest before meeting the surging San Miguel Beermen.

“I couldn’t even put my leg back to where it was. I cramped up pretty good but I had to push through. Brad (Guinto) was in foul trouble. I needed to be out there. My team needed me so I just tried to fight it through,” said Tautuaa.

June Mar Fajardo scored 40 points against his defense in that game.

“That’s the five-time defending MVP for a reason. He’s heavy. He’s big and he’s tall. He’s a big kid. You just hope he has an off-night, I guess,” said Tautuaa.