Below is the NorthPort Batang Pier roster, those are the players who will suit up for the 2019 PBA Philippine Cup. 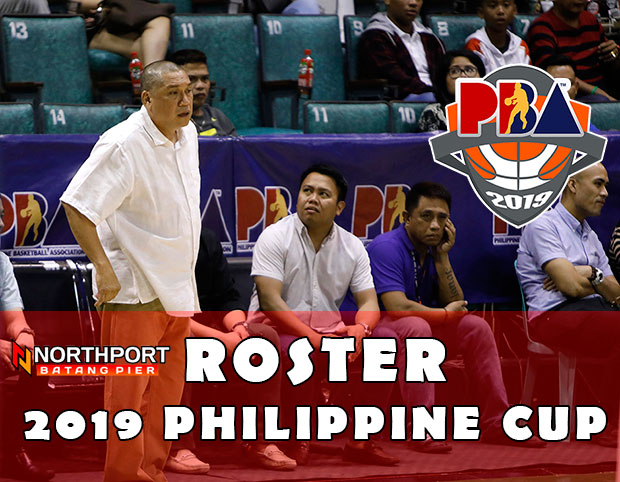 The Batang Pier was having a better performance when they’re still carrying their company name as GlobalPort.

During those campaigns, they were able to at least reached the quarterfinals round. However, when they changed their name as the NorthPort Batang Pier in the 2018 PBA Governors’ Cup, the team only logged two wins and missed the third conference playoffs.

Last year, one of their biggest moves was to trade Terrence Romeo to Talk ‘N Text KaTropa Texters for big-man Moala Tautuaa.

With Romeo departed the team where he led their scoring department in his entire stint as a Batang Pier, a new franchise player emerged.

That guy is Stanley Pringle, there was one instance that he registered 50-point performance.

With his ability to create score each time he wanted to, Gilas head coach Yeng Guiao tapped his service and became one of the two naturalized players for the national team.

Sean Anthony and now third-year guard Jonathan Grey are some of their players who elevated their respective games last season. Head coach Pido Jarencio hoping that they will carry it on the upcoming 44th PBA season.