Below is the list of game schedule for the NorthPort Batang Pier in the 2019 PBA Philippine Cup – Eliminations round. 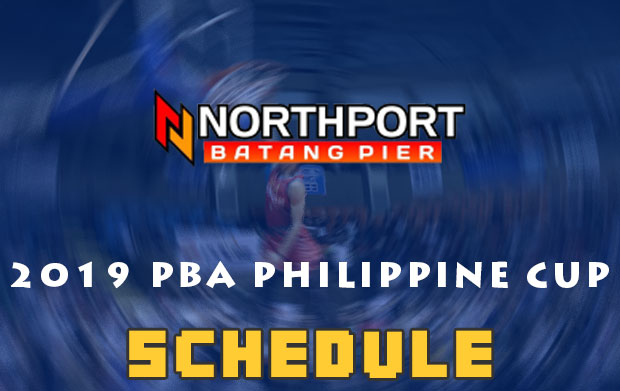 Last 2017-18 PBA Philippine Cup, the Batang Pier finished seventh in the eliminations round having 5-6 win-loss card.

During last year’s first conference, it was the start of coach Pido Jarencio handling the team.

It was also a time when Terrence Romeo got sidelined due to an injury.

GlobalPort (now NorthPort) were able to qualify in the playoffs and they clashed with Magnolia Hotshots which carries a twice-to-beat advantage.

Magnolia only needed one game to eliminate the Batang Pier as they advanced to the semi-final round.