This year’s first round picks, Paul Desiderio and Abu Tratter finally inked their respective contracts as the Blackwater Elite offered them with a three-year rookie max deals. 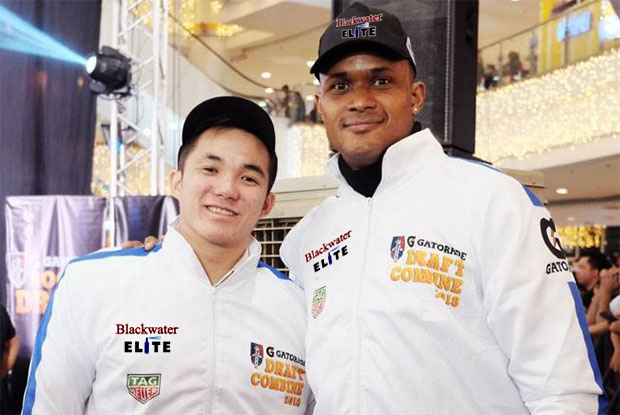 Both players were originally drafted by coach Yeng Guiao and the NLEX Road Warriors during the 2018 PBA Draft which was held in the Robinsons Place Manila.

With the pursuit of the Road Warriors to acquire JP Erram from Blackwater, the duo rookies were packaged and traded to the Dioceldo Sy-owned franchise.

To obtain the approval of the PBA Commissioner’s office, they involved the TNT KaTropa and made it into a three-team trade.

Michael Miranda who is another Road Warriors player was needed to be part of the mix in order to seal the deal.

Paul Desiderio is one of the heroes during the amazing run of University of the Philippines Fighting Maroons back to the UAAP Finals. He popularized the mantra “Atin to!” which was also used by coach Guiao when he was picked at number four that made the crowd inside the Robinsons mall went frenzy after hearing his name.

Abu Tratter on the other hand was projected to be the number four pick according to several mock drafts but in actuality he was selected at number seven. He was a former De La Salle University Archers where he helped the team won a championship back in UAAP Season 79.

With the departure of Paul Zamar and Poy Erram from the Elite it will give a bigger opportunity for the two rookies to shine.