The man who got the nickname “Angas ng Tondo” scored 25 points and was 5-of-8 from behind the three-point line.

Lee’s 13 points in the third quarter was important as he propelled his team to take control of the game.

Magnolia head coach Chito Victolero commended his team for their great effort and a testament that his squad has the best team chemistry in the league.

“We’re not the most talented team, but in terms of chemistry, I think we’re no. 1,” said Victolero.

The Hotshots continued their dominance against the Gin Kings in the playoffs. This is the second straight times that Magnolia eliminated Ginebra in the post-elims. The last time was during the 2018 PBA Governors’ Cup semi-final round.

Ginebra made a late comeback in the final period where they cut the lead to only nine behind the explosion of Jeff Chan who was considered by sports analyst Quinito Henson as the missing link early in the game.

Chan brought out his A-game in the last quarter and finished the game with 17 points. However, he struggled in the free-throw line most especially when more scores are needed for his team.

Scottie Thompson was a monster in the rebounding end grabbing 19 boards and he also dished out 7 assists. Yet, Thompson only had 3 points probably a proof that he’s not an offensive option in that decisive match.

Magnolia will now move to the semi-final round and will face Rain or Shine Elasto Painters in a best-of-seven series. 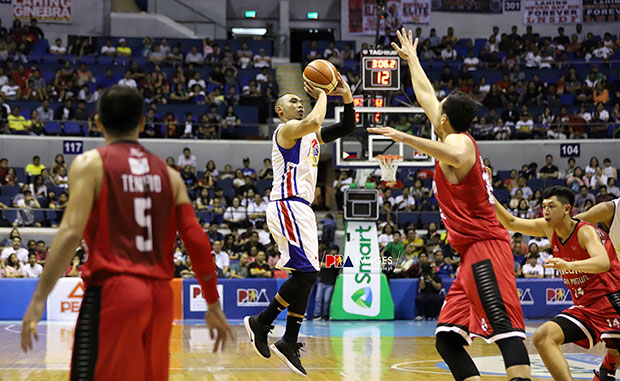