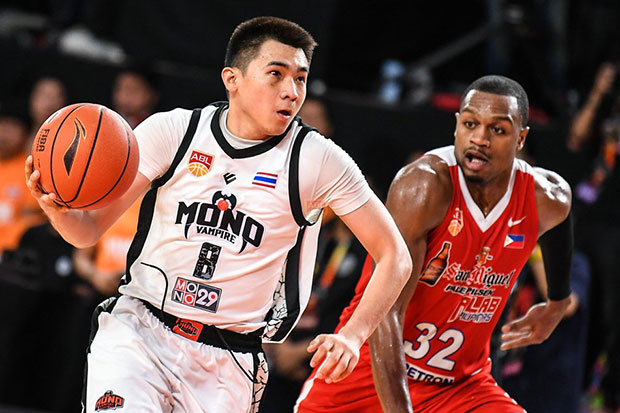 Zamar who got acquired by the Blackwater Elite after his impressive stint with the Thailand based basketball squad in the ASEAN Basketball League (ABL) seems to be getting ready to soak more time in the bench but will also be ready if SMB head coach Leo Austria calls his name.

The son of Beermen assistant coach Boyzie Zamar will compete with playing minutes with the likes of Alex Cabagnot, Chris Ross and Marcio Lassiter who are the usual guards of coach Austria.

Likewise, there’s also Von Pessumal and Louie Vigil the resident back-up guards plus the arrival of Terrence Romeo and the balik-beermen Ronald Tubid who also plays the same position with Zamar.

Coach Austria is very well known of his style where he utilizes few players in a game. That strategy is effective and produced multiple championship crowns for the franchise especially during the Philippine Cup, the conference where they’re most dominant.

Yet, with the success of Magnolia Hotshots in the recent Governors’ Cup and the roster revamp of other teams, SMB seems to be brewing a different taste in the upcoming PBA 44th season.