Columbian Dyip guard Jerramy King was reported to be out for three months due to an injury. 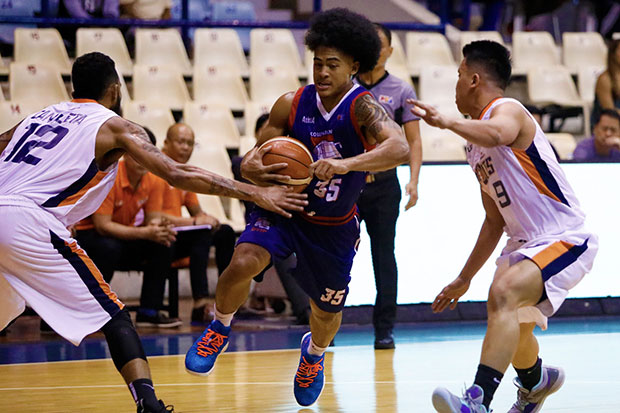 King suffered a partial tear/strain in his PCL (Posterior Cruciate Ligament) in their game against the San Miguel Beermen last Friday.

He played through the pain and was still able to contribute seven points and eight rebounds.

Jerramy was the leading scorer of Columbian squad in their last year’s campaign. Him and Rashawn McCarthy with the guidance of their former head coach Ricky Dandan transformed the image of their team into a run-and-gun group.

Without King in the lineup, JP Calvo, Reden Celda and newly acquired guard from SMB Keith Agovida needs to step up their game to keep their winning momentum.