Here are the results of the PBA Legend “Return of the Rivals” games scheduled on February 17, 2019 (Sunday). 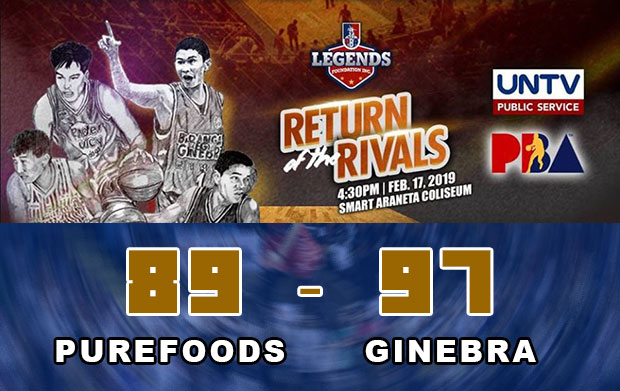 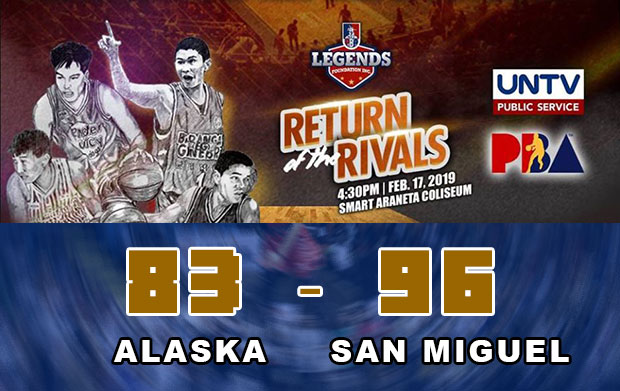 The first game was between the Alaska Milkmen and the San Miguel Beermen.

As promised, the legends of the Philippine Basketball Association showcased their talents and they’re really serious about the exhibition game.

Though the players were smiling at the game but they were serious on playing each other.

The Milkmen dominated the first half as they led as much as ten points behind the good performance of Johnny Abarrientos and Willie Miller.

The duo shown that they still have much gas in their tank to push the ball especially on the offensive end.

In the following half, the Beermen made adjustment and they unleashed their much fit player to counter their opponent’s speedy guard.

Then the Trigger Man, Allan Caidic finished it off with his several three-point bombs to seal the deal.