Here are the scores and the results of the PBA games scheduled on April 25, 2019 (Thursday). 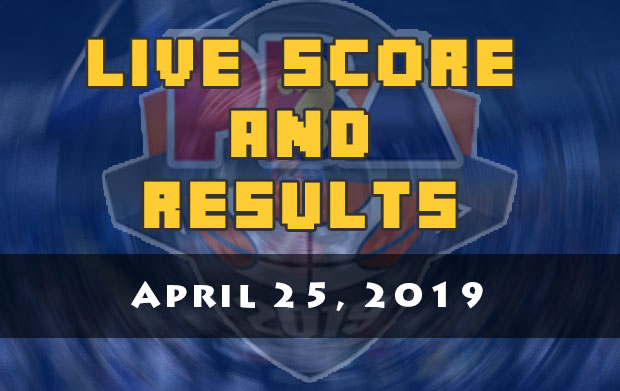 As expected, the physicality of the Beermen and the Fuel Masters won’t stop instead it will be intensified as the series progress as both teams wanted to make a statement.

For the San Miguel camp they wanted that five-peat in the All-Filipino conference while Phoenix don’t want to stay as draft franchise but to be one of the heavyweights of the league.

The Beermen needed only one more victory to get their stamp heading to the Finals. For Phoenix they needed to have a mentality of one game at a time to topple the defending champions.