Here is the PBA live score and results of the games which are scheduled on February 10, 2019 (Sunday). 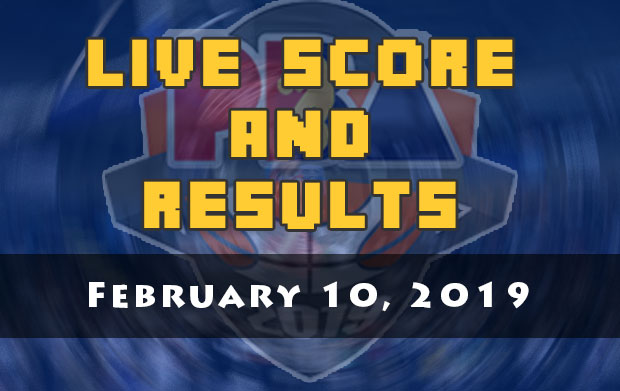 The first game was between the Phoenix Pulse Fuel Masters and the Rain or Shine Elasto Painters.

The Fuel Masters are undefeated no more and they’ll now sharing the top spot with the Elasto Painters in the 2019 PBA Philippine Cup standings.

Mark Borboran bank shot with only few seconds remaining in the extension period was the dagger for their opponent.

This match will also mark as the third overtime game for Phoenix but this time around they aren’t able to bring home the victory.

Beau Belga was named as the Best Player of the Game as he logged 16 points, nine rebounds and seven assists. Courtside reporter Chino teased him if they can start calling him now as point center because of his all-around game ability.

In the second game it was the match between the Magnolia Hotshots Pambansang Manok and the San Miguel Beermen.

SMB continued their All-Filipino dominance against the Hotshots. The same team they have beaten in last year’s finals.

What can other teams can do if you find Arwind Santos, Terrence Romeo and June Mar Fajardo having a scoring night?

That’s what the boys of coach Chito Victolero had to overcome.

“The guys were focused maybe because they knew the importance of the game. Mahirap maghabol in the fight for the Top Two if we fell to 3-4,” San Miguel head coach Leo Austria said.