Here are the score and the results of the PBA games scheduled on March 9, 2019 (Saturday). 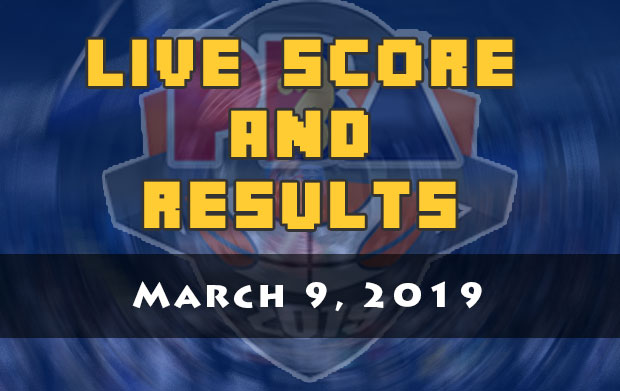 For the second match it will be the game between the Alaska Aces and the Magnolia Hotshots Pambansang Manok.

The rematch of the 2018 PBA Governors’ Cup is here but this time around minus their imports.

Coach Chito Victolero hopes that they’ll have the same success when the final buzzer of tonight’s game has sounded.

For coach Alex Compton, he will continue to inspire his troops despite missing several pieces of his team’s puzzle.

They’ll continue to play without Vic Manuel, Jvee Castro and Kevin Racal who are still nursing their respective injuries.

The first game is between the Talk ‘N Text KaTropa and the Blackwater Elite.

Seems like that the Elite has found a solution on their winning struggle as they ended their four-game losing slump.

The development program of coach Bong Ramos to his boys will resume this afternoon but this time against a much tougher team.

TNT is set to welcome back Roger Ray Pogoy back in their lineup after being sidelined because of flu.

Pogoy is currently the top scorer of the KaTropa which will add more headache to the opposing squad.