The future stars of the Philippines Basketball Association will make their first official appearance in the league through the 2018 PBA Draft.

A total of 48 hopeful applicants will be waiting in their seats as their names will be called by none other than the PBA Commissioner himself, Mr. Willie Marcial.

The first two picks will surround between Perez and Parks. Blackwater will see which player Columbian will select (either Perez or Parks) and whoever is available in the following pick, that will be the guy of the Elite.

NorthPort is eyeing the services of Bolick. The franchise most likely got sold on what they’ve seen from the former San Beda Red Lions guard who helped his team win a championship.

NLEX head coach Yeng Guiao mentioned in the past that he’s looking for a high caliber big-man and he tried that via a trade. However, other teams wanted their future pick or some of their stars in return which the veteran bench tactician didn’t agree.

Standing at 6-foot-6 and with his stint with Gilas Pilipinas, Abu Tratter is being eyed by the MVP owned franchise to be their fourth pick. 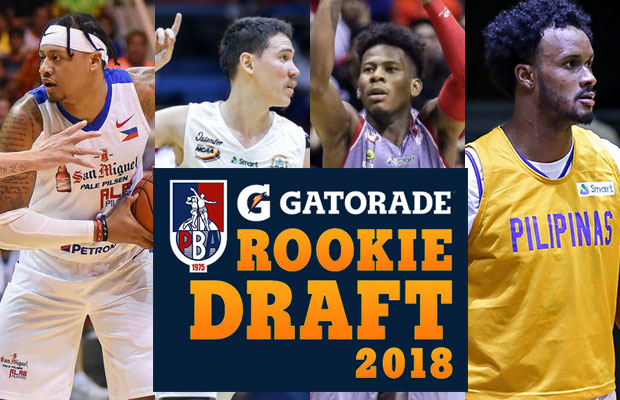 Last year’s top draft pick was Christian Standhardinger where Kia (now Columbian Dyip) traded their rights to San Miguel Beermen for Ronald Tubid, Jay-R Reyes and Rashawn McCarthy who are usually seen as benchwarmers in SMB team prior to the deal.