In the first half, probably because of rookie jitters, Perez wasn’t that effective as he seems adjusting to the flow of the game. He shot only 1-of-6 in the first two quarters.

It was in the second half where he was beasting and proved why he is the top overall pick of the 2018 PBA Draft. In the final 24 minutes of basketball action he made 8-of-14 from the field.

“Kilala ko siya, I’ve followed him since Lyceum pa siya and I gave him my confidence and told him na dalhin niya ang teammates niya. He did,” Columbian head coach Johnedel Cardel said.

Jackson Corpuz also had a great performance as he chipped in with his 21 points and eleven rebounds.

Terrence Romeo who also made his first game with the Beermen looks like still adjusting with his new squad.

He only scored seven points in an awful 2-of-7 shooting from the field.

In the third quarter, he twisted his ankle after he accidentally stepped on the foot of his defender. He was immediately pulled out by coach Leo Austria for a quick check-up. 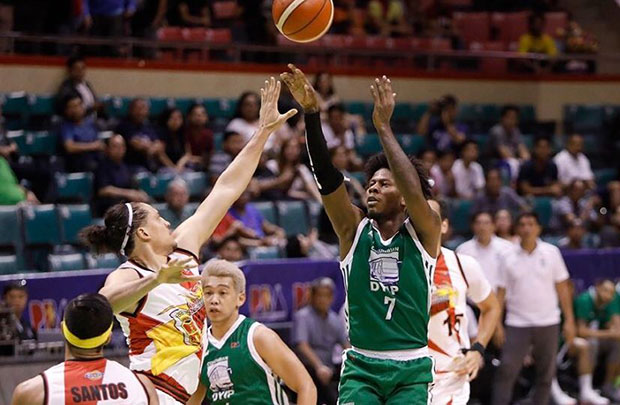