The “This is my house” tagline used by FIBA for this year’s World Cup qualifiers maybe over but Jalalon might still be having it in his mind.

The 5-foot-9 Jalalon is a native of CDO registered 19 points along with his nine rebounds and five assists.

Though he is not a six-footer he shown that even small guards can dominate in the rebounding category.

Majority of his damage came in the fourth quarter where he scored 13 points which includes a couple of three-pointer that deflated the offense of Meralco.

The Bolts had the chance to make a comeback as the last two minutes was approaching. However, their four attempts from the three-point land didn’t find the bottom of the net. 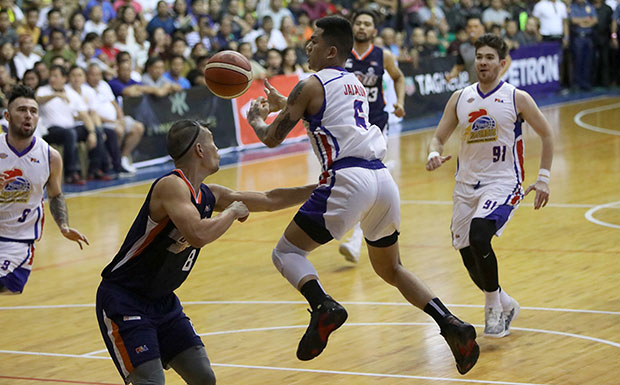