NorthPort Batang Pier’s rookie Robert Bolick was spectacular in his first PBA game as he set the tone for his team and logged their first victory against the Blackwater Elite, 117-91.

Bolick seems like not a rookie in his professional basketball career debut.

In the first quarter alone, he immediately registered 10 points. The kid definitely has a high basketball IQ. He knows when to shoot his three-pointer and know when to step up the pedal for a quick sprint to the basket.

Coach Pido Jarencio inserted the former San Beda Red Lions standout as one of his starters along with Stanley Pringle.

Bolick logged 26 points with a very sharp shooting from the field. He converted 10 shots out of his 12 attempts. He also made three rebounds and three assists.

For the Blackwater side, their rookies also played well in their first PBA outing. 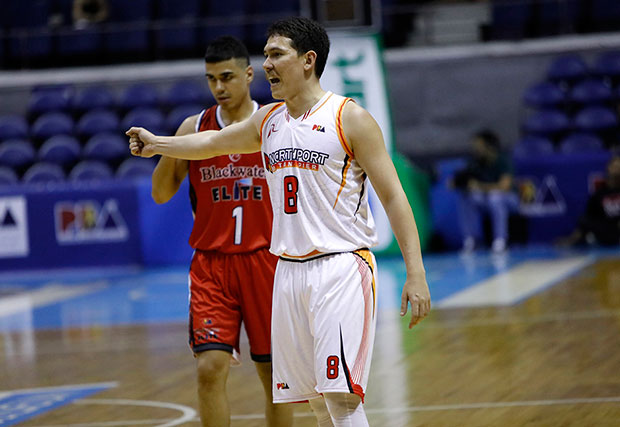