TNT KaTropa‘s guard RR Pogoy lead his team for the second time around but this time his efforts resulted to a victory.

RR Pogoy who is currently working on lowering his weight by following a strict diet poured 20 points but most importantly they now ended their losing skid.

“I wanna thank my teammates. We really helped each other to get this much-needed victory,” said Pogoy after the match.

In the fourth quarter when the Road Warriors is threatening to make a comeback, the trailing Jayson Castro found the wide-open Pogoy outside the three-point line and drills the dagger shot.

Though JP Erram was able to answer back in NLEX next possession to make the score 80-82 but the inability of the Road Warriors to convert a basket in the last few seconds of the game has led them to another defeat.

In this game, coach Yeng Guiao was slapped with two technical fouls which is equivalent to an ejection. 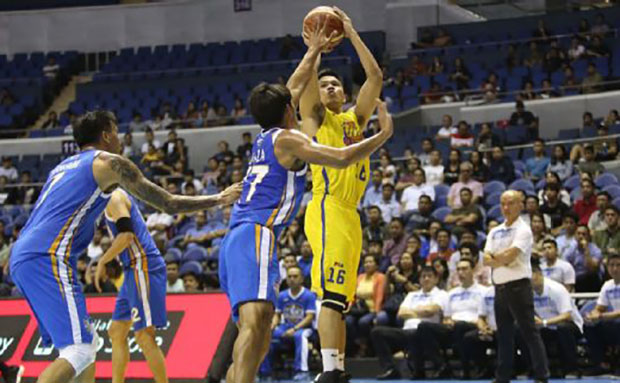