Here are the results of the PBA games scheduled on February 1, 2019. 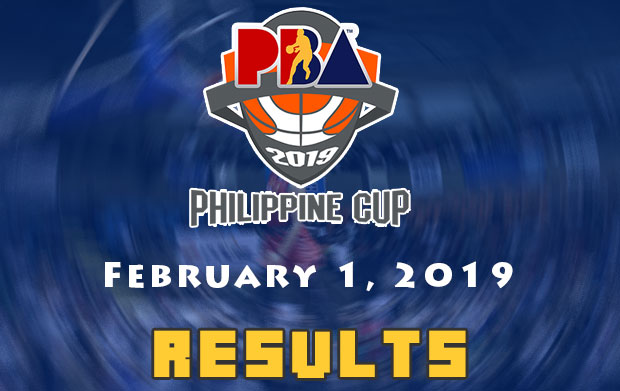 The first game was between the Phoenix Pulse Fuel Masters and the Blackwater Elite.

The boys of coach Louie Alas and his entire Fuel Masters extended their winning streak to four and successful on keeping their unblemished record.

From the get-go until the final buzzer it was all Phoenix.

Paul Desiderio logged over 30 minutes while Abu Tratter got a playing time of over 32 minutes. As a result, Desiderio logged his first double-digit scoring output with 12 points while Tratter had his new career-high with 24 markers.

In the second game it was the game between the San Miguel Beermen and the Rain or Shine Elasto Painters.

Both teams came from a defeat prior to their clash at the Ynares Center in Antipolo.

The Elasto Painters executed similar play how they slayed the Barangay Ginebra San Miguel in Calasiao almost a week ago.

Jewel Ponferada and Norbert Torres challenged the defense of Jun Mar Fajardo as both players throw several three-pointers which forced coach Leo Austria adjust the defense of his “Kraken”.

Rain or Shine lead ballooned to 18 points but the Beermen tried to comeback as they trimmed down the deficit to four. However, ROS kept calm despite of the attempt run until they secured the victory.

Rookie Javee Mocon was impressive as he logged double-double performance while James Yap continue his good game this conference.