Here are the results of the PBA games scheduled on February 2, 2019. 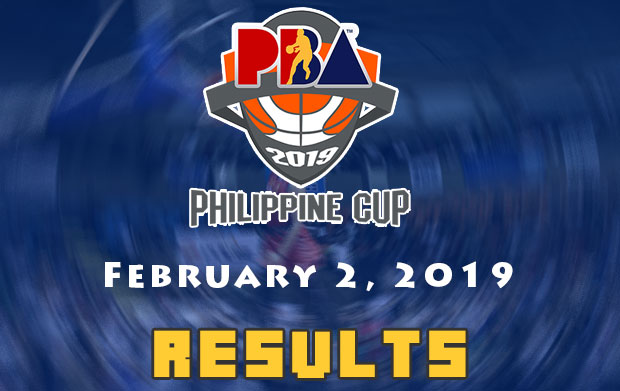 The first game was between the Meralco Bolts and the NLEX Road Warriors.

JP Erram took center stage once again after he prevented a possible game-tying dunk attempt of Ranidel de Ocampo with only ten seconds remaing in the clock.

During the off-season, NLEX with the leadership of coach Guiao let go several of their team assets only to sign Erram.

The 6-foot-8 and the pride of Makati City made his payback by providing them great performance in two straight games.

In the second match it was the game between the Barangay Ginebra San Miguel and the Columbian Dyip.

During the opening quarter, the boys of coach Johnedel Cardel were in the groove and really looking to make an upset and establish themselves that they’re no longer a push over team.

However, in the second and the third quarter the Gin Kings and its twin towers were too much for Columbian Dyip as Ginebra started to pile their lead.

Four players from Ginebra scored in double figures while Sol Mercado and Scottie Thompson were in the borderline with nine points each.

In the last few minutes of the second quarter, Japeth Aguilar went down as he suffered an injury and he was no longer sent back to the court. As per the report, he is OK but coach Tim Cone decided to sit him out as the game already getting out of reach.