Here are the results of the PBA games scheduled on February 3, 2019 (Sunday). 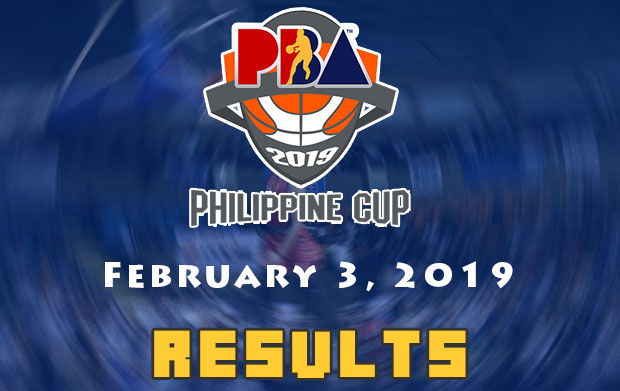 The first game was between the Alaska Aces and the Rain or Shine Elasto Painters.

Finally Alaska is back in PBA action after they finished as a runner-up in last year’s Governors’ Cup.

Without Vic Manuel who is sidelined due to an injury and obviously, no Mike Harris on the lineup of the Aces, the team of Alex Compton struggled to manufacture points.

Rain or Shine took advantage of the situation as they logged their second consecutive victory.

Rey Nambatac was named as the Best Player of the Game as he registered 12 points and a couple of rebounds.

In the second match it is the game between the Magnolia Hotshots and the Talk ‘N Text KaTropa.

The reigning defending champion of the PBA Governors’ Cup immediately had a tough test against the KaTropa.

The game was a classic tug-of-war and the game got pushed into overtime.

Jayson Castro and RR Pogoy combined with 50 points to lead KaTropa to victory.

Robert Herndon logged his career-high for the Hotshots with his 16 points but not enough to help his team secure a victory in their PBA debut.