Here are the results of the PBA games scheduled on February 6, 2019 (Wednesday). 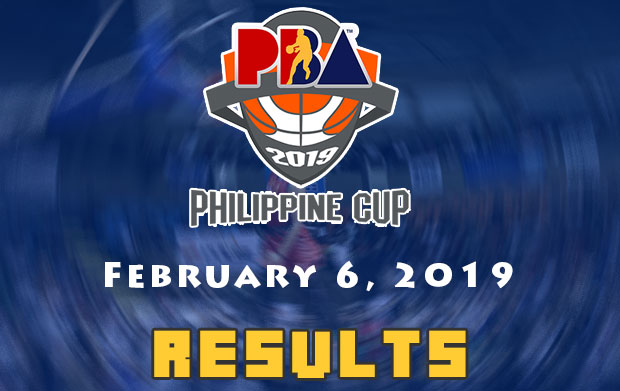 The first game was between the Alaska Aces and the Columbian Dyip.

After their below average performance in their 44th PBA season debut, the Aces immediately made a bounce back game.

All of the quarters were won by Alaska as they prevented any comeback attempt from the Dyip.

Carl Bryan Cruz took advantage the absence of their key player Vic Manuel who is unavailable due to injury.

CBC scored 20 points and had nine rebounds but it was an entire team effort which gave them the victory according to coach Alex Compton.

“I thought they all played hard,” said Compton.

In the second match it is the game between the San Miguel Beermen and the Blackwater Elite.

Alex Cabagnot got his clearance to return to basketball hard-court while Arwind Santos is also back after got sidelined in their previous game against the Rain or Shine Elasto Painters due to food poisoning.

Immediately those two players made an impact as they helped their squad end a two-game losing skid.

Blackwater felt the wrath of the defending champion most especially from the SMB’s Kraken, June Mar Fajardo who registered a monstrous 20-20 performance.

The five-time MVP finished the game with 20 points and 21 rebounds.

Likewise, Terrence Romeo had his best game as a Beermen where he added 17 points, 5 rebounds and 4 assists.

The Elite gave the Beermen a competitive game in the first quarter but in the following quarters it was all dominated by San Miguel.