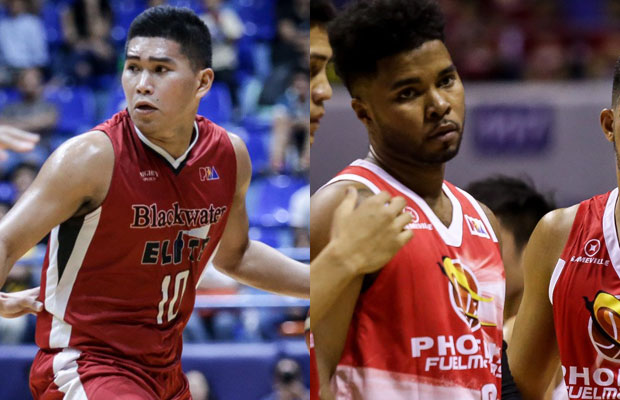 The shuffling of players in the Blackwater camp continues and this time around, it was Nards Pinto’s turn to be in the trade block.

The PBA Commissioner’s office has approved this deal between Blackwater and Phoenix.

The original agreement between teams is Pinto will be shipped to Phoenix for Eriobu and Gelo Alolino but it got revised after the Fuel Masters weren’t able to agree with the terms wanted by Alolino’s camp.

Nards Pinto is coming-in from a breakout conference where he averaged 11.3 points, 6.2 assists and 3.8 rebounds a game. Yet, the most glittering stats he got is the 56.8 percent shooting from behind the three-point line.

He was even called by Elite’s as a game changer during their impressive run in the 2018 PBA Governors’ Cup.

For Eriobu on the other hand, he will bring height to the team. It is one of the areas of concern for Blackwater head coach Bong Ramos after Poy Erram departed Blackwater.