Known for his three-point making abilities, Garvo Lanete got traded to the NorthPort Batang Pier for a 2020 second round pick. 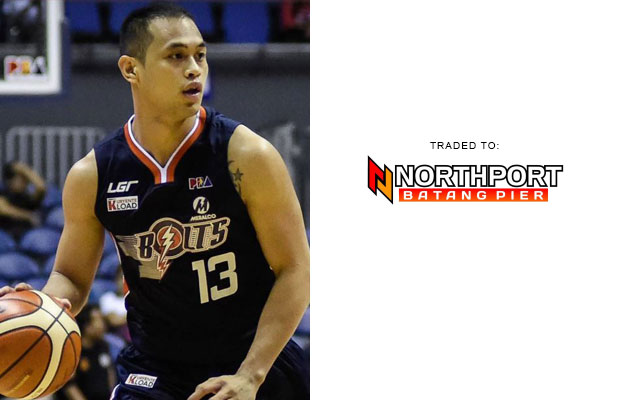 The transaction got its approval yesterday from the PBA Commissioner’s office.

Coincidentally, Lanete will still have a chance to see again his former teammates as both the Batang Pier and Meralco Bolts have a game scheduled today at the Smart Araneta Coliseum.

Probably, one of the most memorable games of Lanete with the Bolts was during the 2018 FIBA Champions Cup.

With the depleted bench due to several of his teammates were in the injured list while others weren’t allowed by FIBA to play because of their documentation issues, Gabo took over the scoring slack.

Lanete was a first round sixth overall pick of the 2015 PBA Draft and was the younger brother of SMB’s Chico Lanete.