John Paul Erram is now a certified NLEX Road Warriors after his trade papers got approved by the PBA Commissioner’s office. 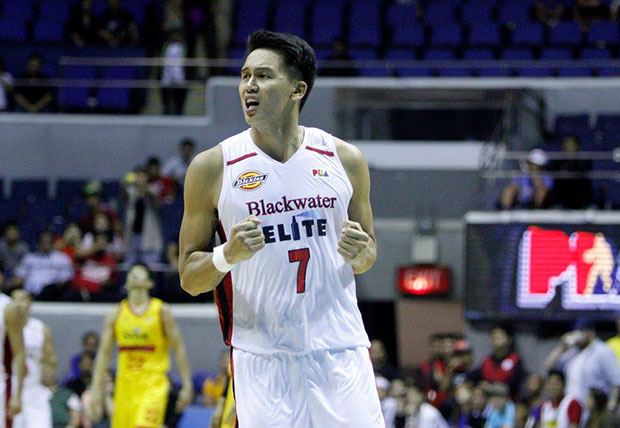 Poy Erram was traded by the Blackwater Elite in exchange for Paul Desiderio and Abu Trater from NLEX. A trade which was seems to be earlier planned prior to the start of the 2018 PBA Draft.

Coach Yeng Guiao pursued the number four pick owned previously by the Phoenix Fuel Masters as he is willing to let go with one of his scorers Alex Mallari and bruiser Dave Marcelo. That pick turned out to be the former University of the Philippines Fighting Maroons’ Paul Desiderio. Then at the seventh pick, NLEX selected Abu Tratter.

Erram is one of the players hand picked by coach Guiao for the new look Gilas Pilipinas that suited up for the 2018 Asian Games and then on the 2019 FIBA World Cup Asian Qualifiers (Fifth Window).

The 6-foot-8 became one of the highlights of the Philippines men’s basketball team in Indonesia when he chipped his front teeth when they played against the South Korea in this year’s Asiad.

Please support us in our game vs china 🙏🏻💪🏻🇵🇭�Game will be aired live at 5pm on ESPN5. Replay at 8pm on AksyonTV 41. 🇵🇭🇵🇭🇵🇭�#AsianGames2018 �#LabanPilipinas�#Puso�#SBP

His hustle plays and able to knockout perimeter jumpers and three-pointers as a big-man might be few of the reasons why coach Guioa wanted him for his team.

The Makati born player was drafted by the Talk ‘N Text Tropang Texters back in the 2013 PBA draft in the second round. He elevated his game especially in the PBA 43rd season where he was selected as an All-Star.

In the 2018 PBA Governors’ Cup, he helped the Blackwater Elite to register their best ever campaign in their franchise history and became one of the serious trophy contender.