The second overall pick of the 2018 PBA draft, Ray Parks Jr., is set to join the Meralco Bolts after the Blackwater Elite agreed on a trade. 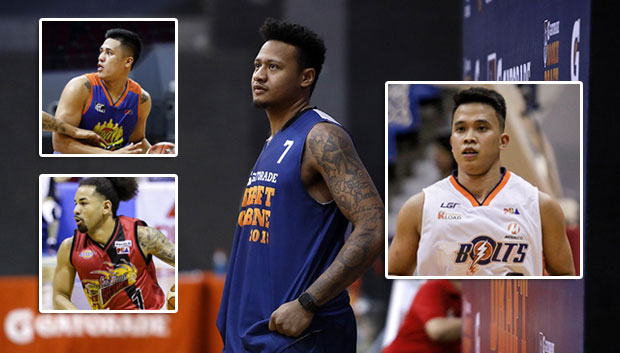 The Bolts, Elite and the TNT KaTropa will be in this three-team deal to complete the proposed trade.

Meralco will be sending Baser Amer to the KaTropa, Jericho Cruz and newly dealt Brian Heruela will join the Blackwater Elite.

Blackwater is one of the PBA teams which are very busy making revamps in their roster. Earlier, they have sent JP Erram to the NLEX Road Warriors in exchange for two first round picks of the 2018 PBA Draft, Paul Desiderio and Abu Trater.

With this recent move, it seems that the squad led by coach Bong Ramos is now looking for veterans coming from successful franchises.

Jericho Cruz played several seasons with the Rain or Shine Elasto Painters where he helped the team win the 2016 Commissioner’s Cup.

Brian Heruela on the other hand, will be rejoining the team that originally selected him during the 2013 PBA Draft. The former University of Cebu standout won multiple rings in his stint with the Beermen.

Baser Amer will be filling up the shoes left by Terrence Romeo in TNT KaTropa. He will be reunited with his fellow Gilas Pilipinas teammates like Jayson Castro, RR Pogoy and Troy Rosario.

Also known as the “Hammer”, he is very instrumental on that do-or-die run of Meralco Bolts this 2018 PBA Governors’ Cup only to get beaten by the Alaska Aces in the semi-finals round. Each time coach Norman Black needs a score, Amer always deliver.

Amer’s scoring output will be surely taken care of Ray Parks Jr., once he fulfill his duties with the Alab Pilipinas. He is expected to join the Bolts in the midway of the 2019 PBA Commissioner’s Cup.