The Philippines’ Gilas Pilipinas is scheduled for a head-to-head game against the Kazakhstan Steppe Wolves at 7:30 P.M. on November 30, 2018 live from the Mall of Asia Arena.

Gilas Pilipinas is back in action and this time it will face the visiting Steppe Wolves who are hungry for a victory to keep its contention in the tournament.

Team Philippines is currently at the third spot in Group F.

Under them are team Japan, Kazakhstan and Qatar. One game ahead against the Japanese squad, two against the Kazkhs and three versus the Qatari squad which they face and beaten in their last September.

Gilas needed this win in order to keep its current spot in the standing and qualify for the world cup scheduled next year.

Only seven teams will be taken from Group E and F. Three from each said brackets (top three) and one team which will finish as the best fourth team between E and F.

To increase the probability of winning, coach Yeng Guiao has assembled probably the best Filipino basketball team in the history.

Team Philippines will feature the two active gentle giants of the PBA which are June Mar Fajardo and Greg Slaughter.

This time around, there’s no Andray Blatche in the lineup giving way for a roster which all have pinoy blood running in their veins. 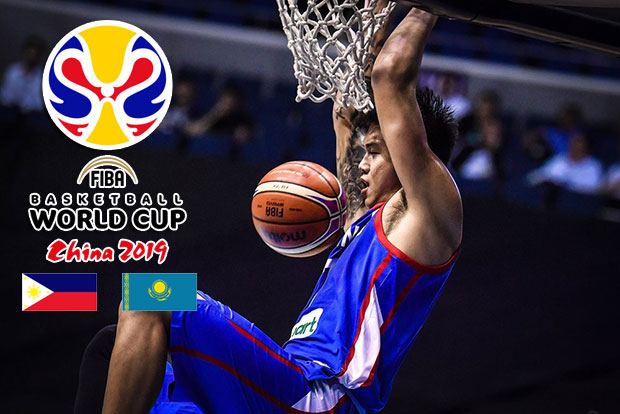 Next game for Gilas will be on December 2 still in the Mall of Asia Arena.