Piglet With Two Heads Found In Tacurong City, Sultan Kudarat, Just In Time For The Year Of The Pig

A two-headed pig was discovered in Tacurong City in Sultan Kudarat just in time before the celebration of the Chinese New Year.

The piglet was born on Thursday at around 10 AM in the morning.

According to the owner, Adelita Dalipe she’s giving a normal feeds to sow and was surprised when she saw the baby pig.

The first seven piglets came out normal but their eighth little one is special.

It has two heads, two snouts and three eyes.

According to Allan Alimajen Jr., who is a veterinarian said that the piglet has a condition called polycephaly. This is where the sperm of the boar failed to separate and that’s the reason why the other pig wasn’t formed successfully and merged into one.

Also, the vet mentioned that usually the piglet having that condition won’t live long.

Currently, the little pig is alive and the owner has no plans of selling it. 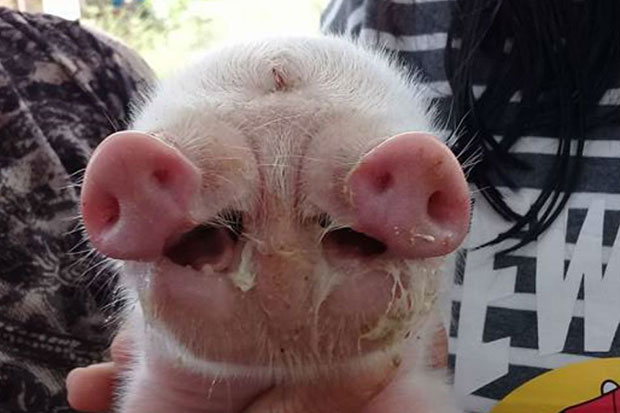