Pinay Housemaid Just Sitting And Watching While Her Employer Are Eating

A certain Pinay housemaid was seen in a mall’s food-court just sitting and staring while her employer are enjoying their foods. 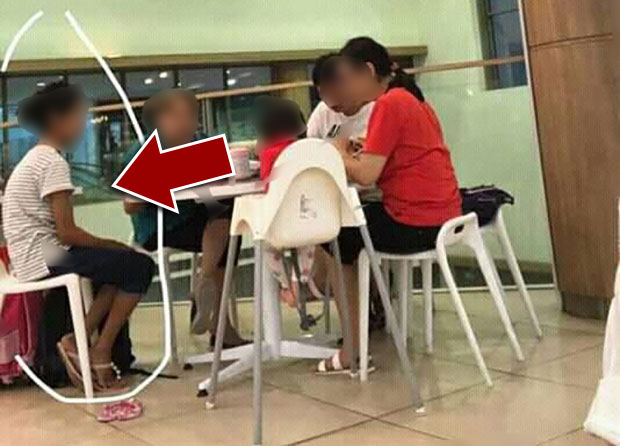 This is the scenario captured by netizen Cey Budomo and then he posted it in his social media account.

To vent out his dismay, Mr. Budomo wrote his sentiment.

If what our netizen is saying is true then it’s indeed heartbreaking.

Housemaids should be treated like they’re part of the family. Yes, they’re paid for their service but just like Mr. Budomo has mentioned they’re human beings and not animals.

Here are some of the reactions of other netizens: