Blackwater Elite‘s center Rabeh Al-Hussaini was reported that currently under team suspension for being AWOL. 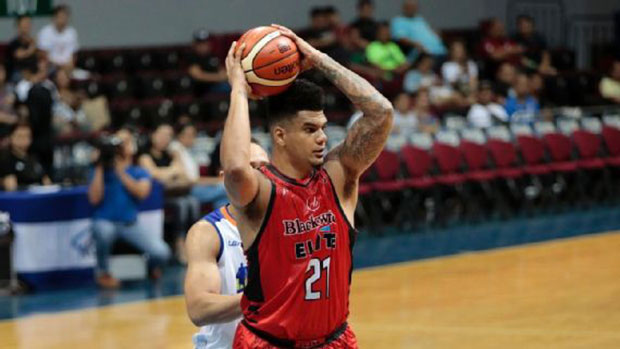 According to rumors, Al-Hussaini wanted his contract to be bought out and that’s the reason why he’s not showing up with mother ball-club in their practices.

Team owner Dioceldo Sy confirmed that they have decided to put the former UAAP Most Valuable Player under suspension. Sy also not on the path of doing any contract buy out if that’s really the request of the 6-foot-7 big-man.

“No way we’re going to buy him out. He already had a 30 percent advance from his one-year salary and more than a month AWOL already,” Sy said.

Al-Hussaini was acquired by Blackwater last season via a trade with the NLEX Road Warriors. They sent their bruiser Dave Marcelo in return.

The Elite is one of the surprising team last PBA 43rd season most especially on their during the 2018 PBA Governors’ Cup campaign.

Although Blackwater shook their roster a bit by trading Poy Erram and Paul Zamar to NLEX Road Warriors and San Miguel respectively, they got first rounder picks in the 2018 PBA Rookie Draft.

Paul Desiderio and Abu Tratter will be the obvious players who will take in the void but if Al-Hussaini still with the team, they can solidify their All-Filipino campaign.