Below is the Rain or Shine Elasto Painters roster, those are the players who will suit up for the 2019 PBA Philippine Cup. 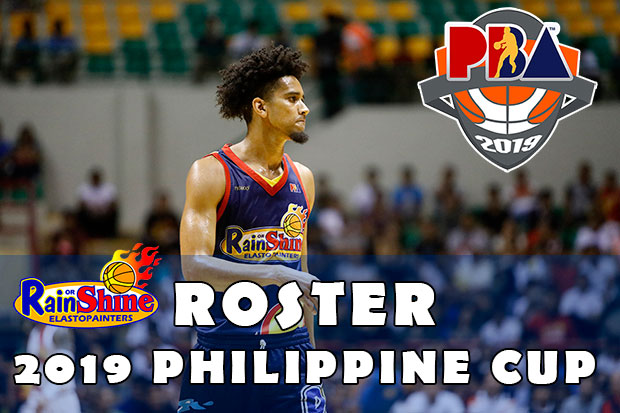 It was a roller-coaster ride for the Elasto Painters in their 43rd PBA season.

They had a good start in the 2017-18 PBA Philippine Cup then got the league’s best record in the 2018 PBA Commissioner’s Cup but had disastrous 2018 PBA Governors’ Cup.

One of the reasons of their forgetful third conference campaign is most likely their internal issues.

Raymond Almazan was reported that had some conflicts with RoS head coach Caloy Garcia. However, that is now resolved and the team is looking forward to have a fresh start in the 44th PBA season.

To bolster their winning chances in the upcoming three conference tournament, they have re-signed James Yap for a fresh three-year contract.

Apart from winning another championship trophy for the franchise, perhaps one of the areas the coaching staff is focusing right now is how to break their Columbian Dyip losing spell.

Although usually at the tail end of the end of the standings but the Dyip able to make a grand slam win against Rain or Shine last season.