Both teams are proud of their defense and very outspoken that trait gave them more victories but at least in Game 1 the Elasto Painters were much active in the defensive end.

They have forced the Hotshots to commit 24 turnovers compared to only 12 for them. Those mistakes were translated to 26 Elasto Painters points.

In the opening quarter, Rain or Shine immediately made their run and shocked Magnolia with their 10-0 blast. However, Magnolia right away answered back with their own 10-0 run orchestrated mainly by Paul Lee who was inserted to the lineup by coach Chito Victolero after he saw the score.

Then Magnolia and Rain or Shine kept their distance as they answered basket for a basket or turnover for a turnover.

Ray Nambatac and Javee Mocon sparked the team and eventually to victory.

Hotshots forward Ian Sangalang admits that they have underestimated the second squad of RoS. 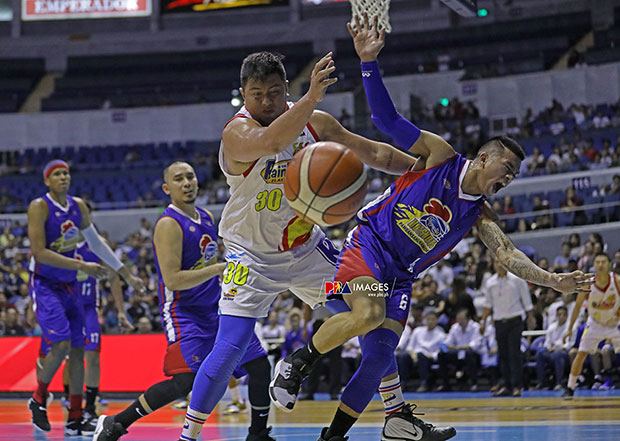