The Rain or Shine Elasto Painters is scheduled for a head-to-head game against the Blackwater Elite at 7:00 P.M. on January 30, 2019 live from the Cuneta Astrodome.

The Elasto Painters wanted to share the top spot of the standings as they attempt to make three consecutive wins while the Elite will try to end their two-game slump.

Rain or Shine latest victim was the Barangay Ginebra San Miguel where they beat them in Calasiao, Pangasinan last Saturday.

Though the Gin Kings features their twin towers of Japeth Aguilar and Greg Slaughter but surprisingly the Elasto Painters able to out-rebound them especially in the offensive end.

ROS pulled a total of 27 offensive boards compared to only 17.

They did it without Raymond Almazan who is still in the sidelines due to an injury.

Mark Borboran and Norbert Torres were the two Elasto Painters who made the needed contribution and logged their second victory.

With several of its key players already in different squad, Blackwater seems like making a one step backward. Also, without their second overall pick Ray Ray Parks Jr., it adds to the challenge list of coach Bong Ramos.

Abu Tratter had an impressive PBA debut against the NorthPort Batang Pier but struggled to duplicate his performance when they played the Meralco Bolts. 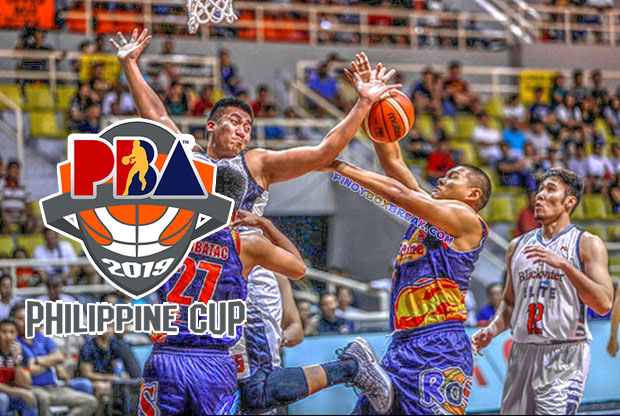 Fans of the fourth overall pick Paul Desiderio are still waiting for his “Atin to!” explosion. In their previous two outings, Desiderio averaged 3.5 points and shoots 25 percent from behind the three-point area.