The Rain or Shine Elasto Painters is scheduled for a head-to-head game against the Meralco Bolts at 7:00 P.M. on March 15, 2019 live from the Cuneta Astrodome.

The Elasto Painters are looking to shake-off their two-game losing slump while the Bolts will try to make a two consecutive wins this conference.

Without a doubt, that Meralco vs NorthPort Batang Pier match last March 8 can be considered as one of the greatest PBA games.

Not only that the match reached into a double-overtime but fans has witnessed the brilliant minds of the coaches on how they designed their plays.

With thirty seconds remaining in the game and the Batang Pier leading by six in regulation, everyone thought that NorthPort will seal the deal.

Yet, the troops of coach Norman Black didn’t gave up as they pushed the game in another extended period.

“There was really a time when it was dim for us, but then we executed some plays and gave us a chance to win it in overtime,” said the Meralco coach.

“That’s a hard-fought game between two teams fighting to stay in the running for the playoffs, especially us. I’m happy we never gave up,” Black also said.

For Rain or Shine on the other hand, this 2019 PBA Philippine Cup they already put an “X” mark on the league’s heavyweights and they’re in a good position to take the twice-to-beat advantage in the first round of the playoffs.

However, it seems that RoS is having trouble playing against the teams which are in the lower part of the standings.

Two of their losses this All-Filipino were from Columbian Dyip and the Blackwater Elite.

Rain or Shine will be playing their last elimination game tonight and it’s a must win for them if they wanted that quarterfinals reward to ease their way going to the semis. 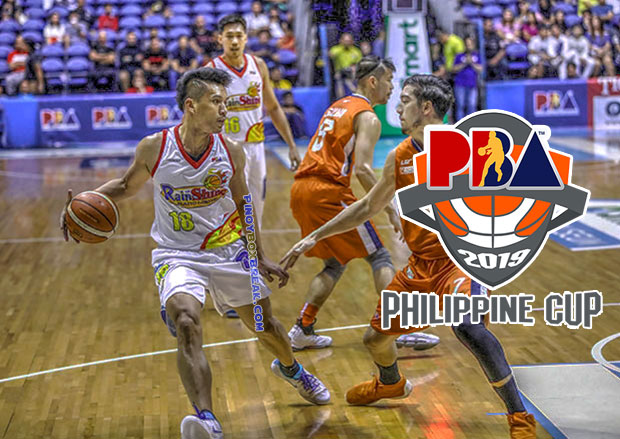