The Rain or Shine Elasto Painters is scheduled for a best-of-three quarterfinals match against the NorthPort Batang Pier. Game 1 is at 4:30 P.M. on April 7, 2019 live from the Mall of Asia Arena.

Batang Pier will try to defy the odds and beat a team that holds a twice-to-beat advantage but the Elasto Painters are looking forward to be the first team to advance in the semis this conference.

Several weeks ago, the bosses of Rain or Shine sent food to NorthPort as their token of appreciation of keeping them at the number 2 spot.

That’s after the team led by coach Pido Jarencio dumped the TNT KaTropa, a team that during those time also chasing the number 2 position of the 2019 PBA Philippine Cup standings.

That was also the start of NorthPort’s winning streak that now reaches to three.

Yet, three consecutive victories aren’t enough to prolong their presence in the current tournament. Just one loss and all of their efforts will quickly fade.

Coach Jarencio sees his team as underdogs but he’s positive that they’re capable to topple heavyweights.

The last time Rain or Shine played was March 15 against the Meralco Bolts. The team of coach Caloy Garcia took the opportunity to strengthen the bonds of the players as they held a three-day team building in La Union. 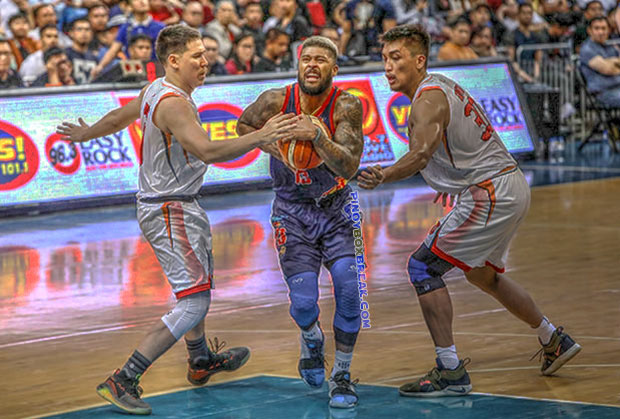