The Rain or Shine Elasto Painters is scheduled for a head-to-head game against the NorthPort Batang Pier at 7:00 P.M. on October 17, 2018 live from the Cuneta Astrodome.

For the first time in its franchise, the Batang Pier is looking for a three-game winning streak. Likewise, the Elasto Painters have the same thing in mind as they’ll make an attempt for a back-to-back wins.

The 2018 PBA Governors’ Cup playoffs is just around the corner and it only means one thing for teams wanted to join the quarterfinals group and that’s picking up more wins.

Finally, Rain or Shine was able to pull a win against the then league leading Barangay Ginebra San Miguel last Saturday in Sta. Rosa, Laguna.

Jewel Ponferada and Terrence Watson played an inspired basketball against the Gin Kings since the start of the game until the end.

Ponferada finished the game with 18 and 5 rebounds while Watson had 29 points and 19 rebounds.

RoS continued to play without Raymond Almazan who was reported having a rift with his coach Caloy Garcia.

For NorthPort on the other hand, after struggling with six straight losses now they’re enjoying their back-to-back success.

Batang Pier’s head coach Pido Jarencio wanted to make sure to keep what they’re doing to catch-up with other squads. 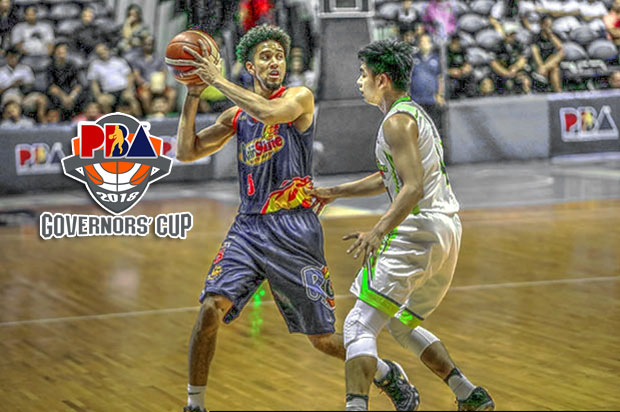 “Stanley and Sean are back, and we’re developing chemistry. We’re making up for our bad start. We’re sticking with positives, hoping we can catch up,” he added.